Learn the 3 Word Attack Skills that turn Words into Friends!

Words exist to help you ...

They were invented for you! They help you understand others and be understood. They make your life work, and they make it richer and more rewarding!

So it turns out, you don't need another word attack skill. Why would you attack something as useful as a word? You're better off getting friendly with words instead.

Keep reading to discover three, so-called, word attack strategies that show you how to make words your friends. You'll change what you think, and do, and get essential word skills you can't live without! 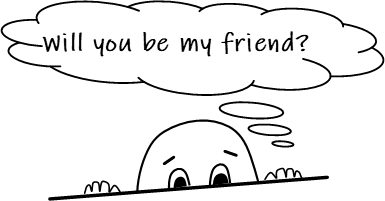 If you want to succeed in life, you need good speaking, reading, and writing skills

Words are a lifeline. They connect you to your goals in a way few other skills can. In fact, your word skills impact your ability to thrive in life at least as much as your health does, if not more!

When you have good word skills ...

You can connect with people in more profound way. Speaking, reading, writing, these are the skills that make us human! And extraordinary skills can make us extraordinary!

What happens if your skills aren't all they can be?

You feel held back. You read and write too slowly which impacts your ability to get things done. You don't say or write what you mean, and you fail to make things happen when you're misunderstood. You are often confused and confusing.

So how do you turn things around?

You don't attack words, you befriend them! You want to feel comfortable and confident around words. You want to know they won't let you down. You want them to have your back when it really matters.

Making words friends is easier than you think!

If you struggled in school, you may have decided you're doomed when it comes to your word skills.

But the story doesn't have to end there. It's not too late to get the skills you need, or to help someone else get skills.

Let's look at 3 simple ways to turn words into friends …

#1 - The Greeting (otherwise known as word attack skill number one)

How do you greet someone you're getting to know? You read their body language! Maybe you give them a handshake? a hug? And while you're doing that, you say their name out loud, so you'll remember it.

When you're getting to know words, do something similar. Read the word, and say its name out loud.

What do you want to know about a new friend aside from their name? Where they work? What they do for a living? What family they have? You ask them questions, or maybe you ask other people about them? Words represent ideas. They have work to do. Just like people, they even have other words that are related to them! [Do you remember hearing about word families like sought, bought, thought, and brought?]

If you want to know more about a word, do some research, ask someone. So for example, if you read the word 'ambidextrous' and you don't know what it means, you might look it up and learn that it means to be able to use both hands.

If you're going to see your new friend again, you'll need to know where they live, or at least know how to get in touch with them. So, it's time to write something down: a phone number, an address.

If it's a word and not a person you're getting to know, I suggest you use pen and paper, not your keyboard. Can you remember all the numbers in your phone? Probably not. We remember things better when we write them down. So write down your word, and while you're at it, why not write it in a sentence that makes it's meaning clear?

If you've struggled to get the word skills you need, or you'd like to help someone else build skills ...

You've arrived at the right place!

At Wordskillz.com you can get a customized learning plan to fit any budget: FREE, BASIC, DELUXE, PREMIUM.

Your plan will introduce you, or someone you'd like to help, to your most important new friends!

Success won't take a ton of effort or commitment. When you build skills the right way, it's like building muscles. As long as you keep using them, you won't lose them. And if you keep adding to them, even if it's very slowly, you'll find it easier to add more, to do more, and to add even more, as time goes by.

Do you want to get better at spelling, reading and writing?

Would you like to help someone else build those skills? Then forget about word attack skills. We're going to discover which important words you, or your learner, have yet to make friends with. We'll find and fix any skill gaps by building great relationships with those influential new friends.

We'll begin with the words that are most important to you, the ones you see most the time and rely on almost every day. Once you have a strong foundation with those words, we'll build on it. But first, let me know how I can best help you. Click on the button below that best serves your needs ...

Yourself
Someone Else
Many Learners